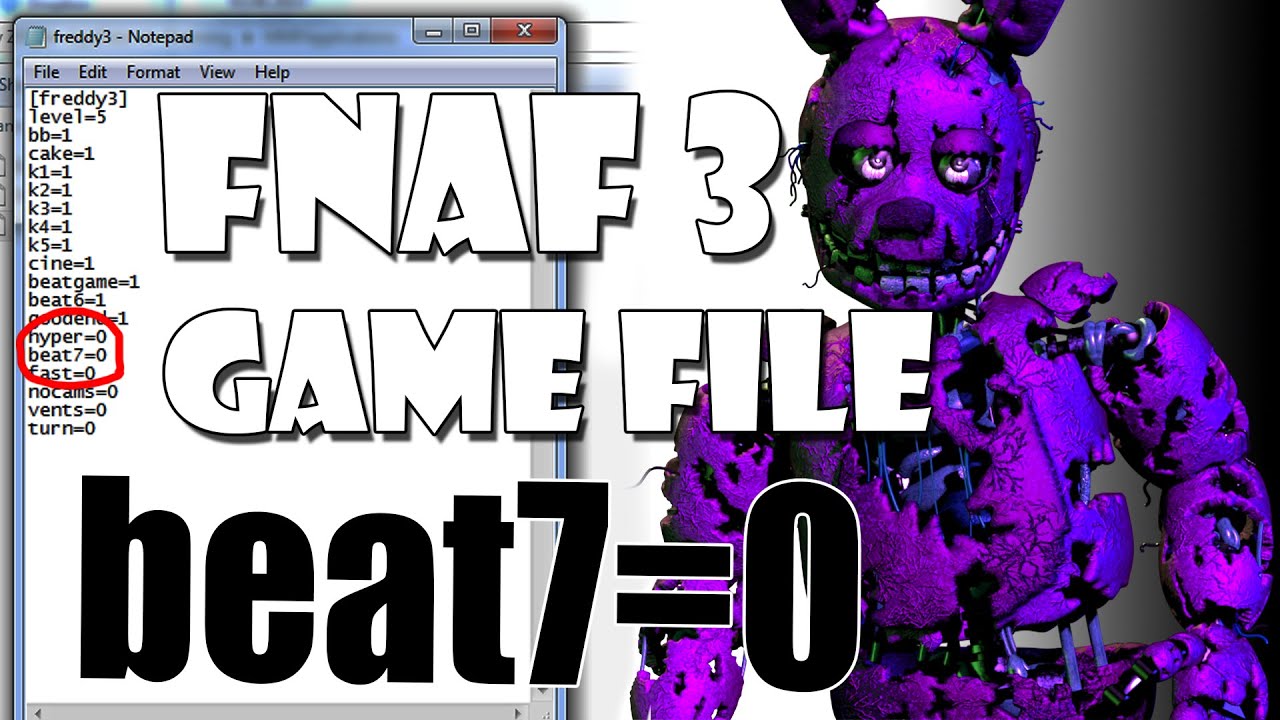 We now know that Scott made a Force-Update to add a 4th white star achievement to beating nightmare mode with only the aggressive ‘cheat’ enabled. Still, the entrance of the quote, “Most Difficult Level of Five Nights at Freddy’s”, warrants no introduction at all – there is none. Players have glitched their way to a night 7 level mode not intended by Scott using the skip-level spam technique seen on FNAF 1 and 2. However, a true, non-glitch way to access the illusive ‘Night 7’ mode via normal gameplay, has not yet been discovered. Upon further review, the ‘Freddy3’ file first found after the Steam installation pack shows notion that notepad edits linked to the games executable can unlock the hidden code that is the access to Night 7. Although still unconfirmed, many players race to find a legitimate way to unlock night 7 in FNAF 3 akin to the ‘clicky’ Easter eggs of the new release — It is possible unused content intended for final release was pushed by public demand due to pressure for a third installment of the game, based on popularity. The ‘Fnaf3’ file is still editable indefinitely based on the client OS and can readout the new 4th white start with a few tweaks. — Updated 04/10/2015

Original Video Description 03/04/2015
————————————————–
So it appears the night 7 is real but how to access it is not so clear…and what is cine=0/1?? Here I go over how the file works, where to locate it, and edit the levels for your game file. (I don’t support cheating but hey if your still very stuck on a certain night and its not being fair to you, you can use this to either cheat your way to winning, not recommended, or regain your save file if you uninstall/reinstall the game or play on a different computer).

Kevin Kevin here bringing you new stuff each week! Follow me below for new games, giveaways, subscriber shoutouts, and more!