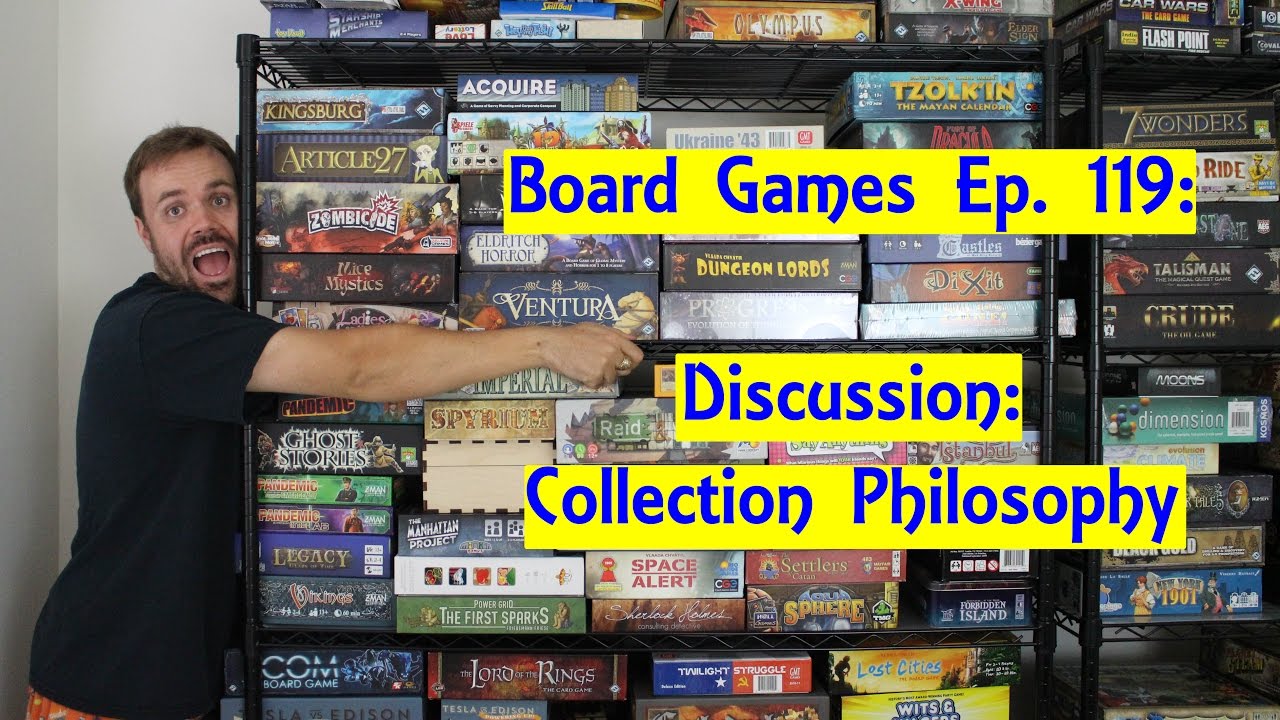 Let’s face a bit of harsh truth on board games – they’re big and bulky, run the gamut of themes and complexity, and are a tremendously niche market for the most part. Most people have ten or fewer while some people have thousands. What is it about games and collecting that’s different?

In this video I discuss my own philosophy for the board game collecting I’ve done over the years and, most importantly, how it can change. I also talk about some other methods/thoughts that others I know have had and a general discussion on board games as collectible items.

As always, I’m very curious what YOU all think. What’s your collecting philosophy and why? Is it based on your personal interests? Physical space? Simply getting what you love? Let me know in the comments!

Be sure to follow me on Twitter ( and Twitch ( for notifications of new videos and livestreaming games!

I’m on Facebook now, as well! Check out my page at

13 thoughts on “Board Game Discussion – Philosophy of Collecting”