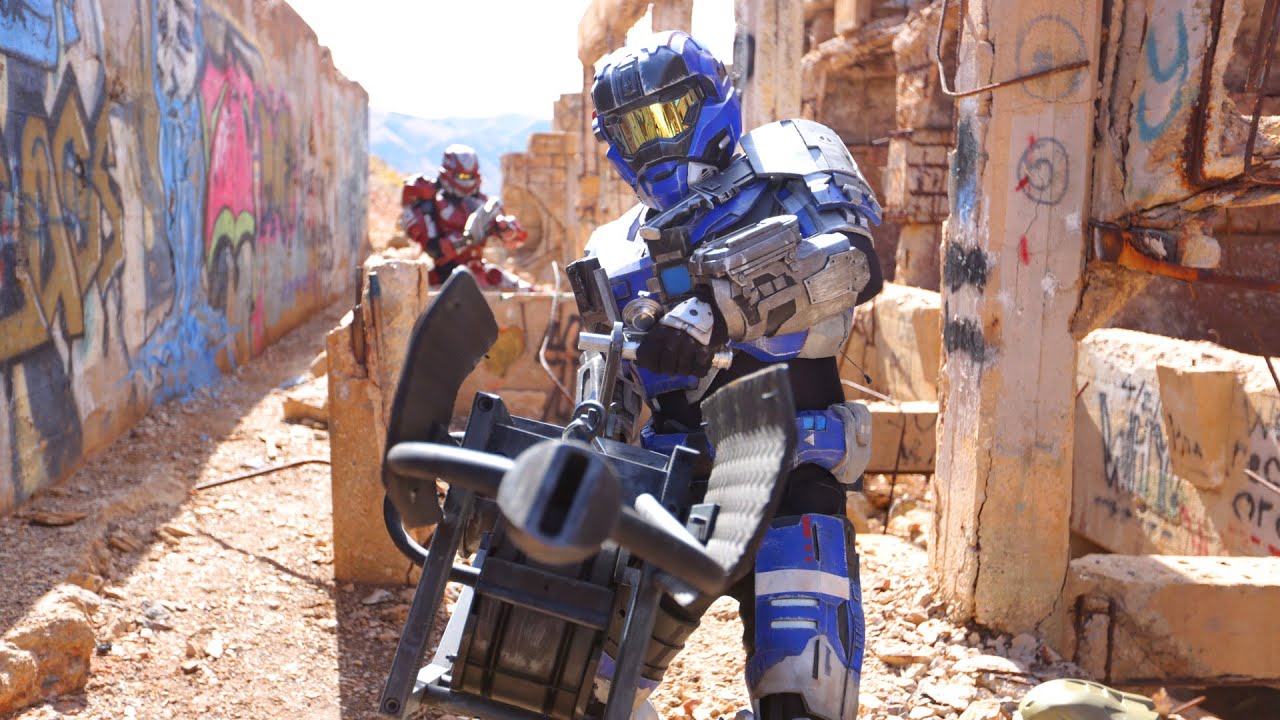 Make sure to watch how this video was made on my 2nd channel on the link below!

Film by Devin Graham
Just a heads up, I didn’t do this video with Microsoft, Bungie, or 343 Studios who makes the Halo franchise, I did it on my own, because I am a long time Halo fan! 🙂 You can find a link at the bottom on the process it took to make this video. I put this video out now due to the recent release of Halo 4, for Xbox 360.

Visual Effects by Jared Mounch. He is awesome, simple as that!
Tyler Stevens and Jacob Schwarz did a couple other effects on it.

This video would not have happened without my friend Tim Winn helping organize all the Halo guys in costume! He was the guy in the red spartan costume 🙂
They have an AWESOME youtube channel that features a lot of Halo/cosplay costumes! You should all make sure to check out! Here’s a link to their channel!
www.youtube.com/freakinrad

This would NOT HAVE HAPPENED without the guys from the 405th. They were the ones that provided all the costumes in the video,and guns. You can check out there stuff in the links down below! They are awesome! And they make the best Halo costumes around in my opinion 🙂

Jacob Schwarz was also crucial for this project to happen! He helped make everything happen on location with me, and made sure we did all the effects right while filming! Make sure to check out his channel as well, he does all his stuff in 4K 🙂

Daren Smith did all the sound design for the video! He also does a lot of rad youtube video shorts, so check them out as well while your all at it!

The Halo video featured my friends who made the costumes as well. Here are there names.

Ben Armstrong was the weapons tech, who made a lot of the weapons you see in the vid. Make sure to check out his stuff on facebook, it’s awesome. He makes tons of videogame weapon replicas.

Voice Commentary was done by my friends at the youtube channel Warialasky. They do tons of awesome videogame movies, check them out!

The music at the end of the video was composed by Elton Luz, based off the Halo videogame series.
You can contact him at this link.

For the rest of the inside story on the making of the Halo videos, check out the blog post I wrote on how the creation of them all went about in the link below.

This video was shot on a Canon 5D Mark III 🙂