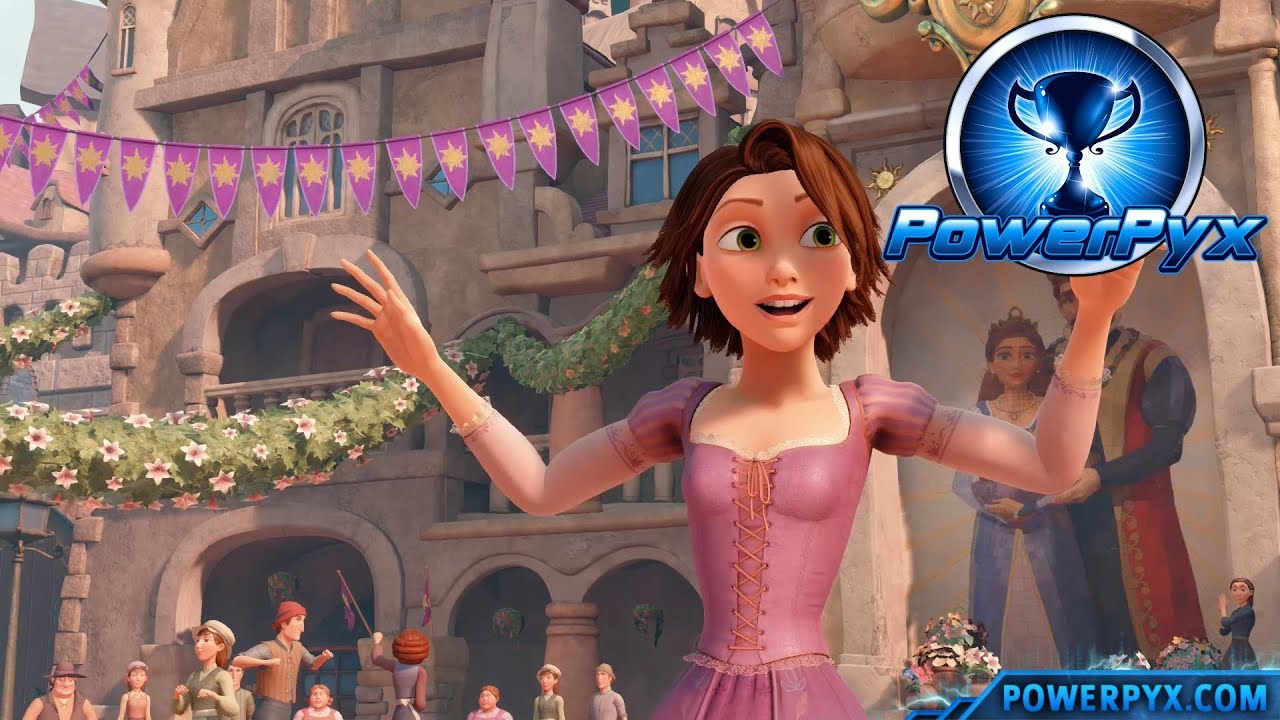 World: Kingdom of Corona / Area: The Kingdom Thoroughfare
You can only play this minigame after having beaten the Kingdom of Corona world for the first time. Then you can fast travel back to this world and go to “The Kingdom Thoroughfare” fast travel point. Go to the market square where you danced during the story and talk to Rapunzel. She lets you replay the dance, except this time you can earn a highscore! During the story dance you couldn’t earn any points.

Do NOT press :triangle: on the barrels! They cost you way too much time. The goal is to maximize your chain by dancing with as many people as possible and get as many time bonuses as possible. With a 80+ chain you are sure to get 70,000+ points at the end.

Dance until there’s only 1 second left on the timer. Then press :triangle: to make everyone come together for one final dance. Even though time has run out it will let you keep doing this special dance. It will really bump up your chain multiplier and give you another 15,000 points or more. All you do there is press :x: on the blue and :circle: on the red circles. Press the buttons when you’re in the middle of the circle, otherwise it sometimes doesn’t count properly if you press too early or too late.

Support this Channel by becoming a Member:

Hidden Kings
Complete the Lucky Emblems section of the Gummiphone.

Know Thine Enemy
Complete the Adversaries section of the Gummiphone.

No Stone Unturned
Complete the Treasures section of the Gummiphone.

Synthesist
Complete the Synthesis section of the Gummiphone.

One for the Books
Complete the Game Records section of the Gummiphone.

Tall Enough to Ride
Use an attraction to defeat enemies for the first time.

Heartbound
Use a link to defeat enemies for the first time.

Salvager
Use the gummi ship to obtain 20 unique treasures.

Stargazer
Use the gummi ship to find and photograph all the constellations.

Thermosphere
Destroy the Schwarzgeist, menace of the Ocean Between.

Festive Dancer
Score at least 70,000 pts. in the Festival Dance.

Datascraper
Get an A rank on both Flash Tracer courses.

Dreadnought
Fully power up the Leviathan.

Lasting Memories
Hold on to 50 photos.

Cornucopia
Collect every type of ingredient.

Master Chef
Earn an “Excellent” while preparing every type of cuisine.

Muscle Memory
Get a new high score in one of the Classic Kingdom games.

Classically Trained
Get a new high score in every Classic Kingdom game.

Blademaster
Obtain a Keyblade that is fully powered up.

Leveled Out
Raise Sora to LV 99.